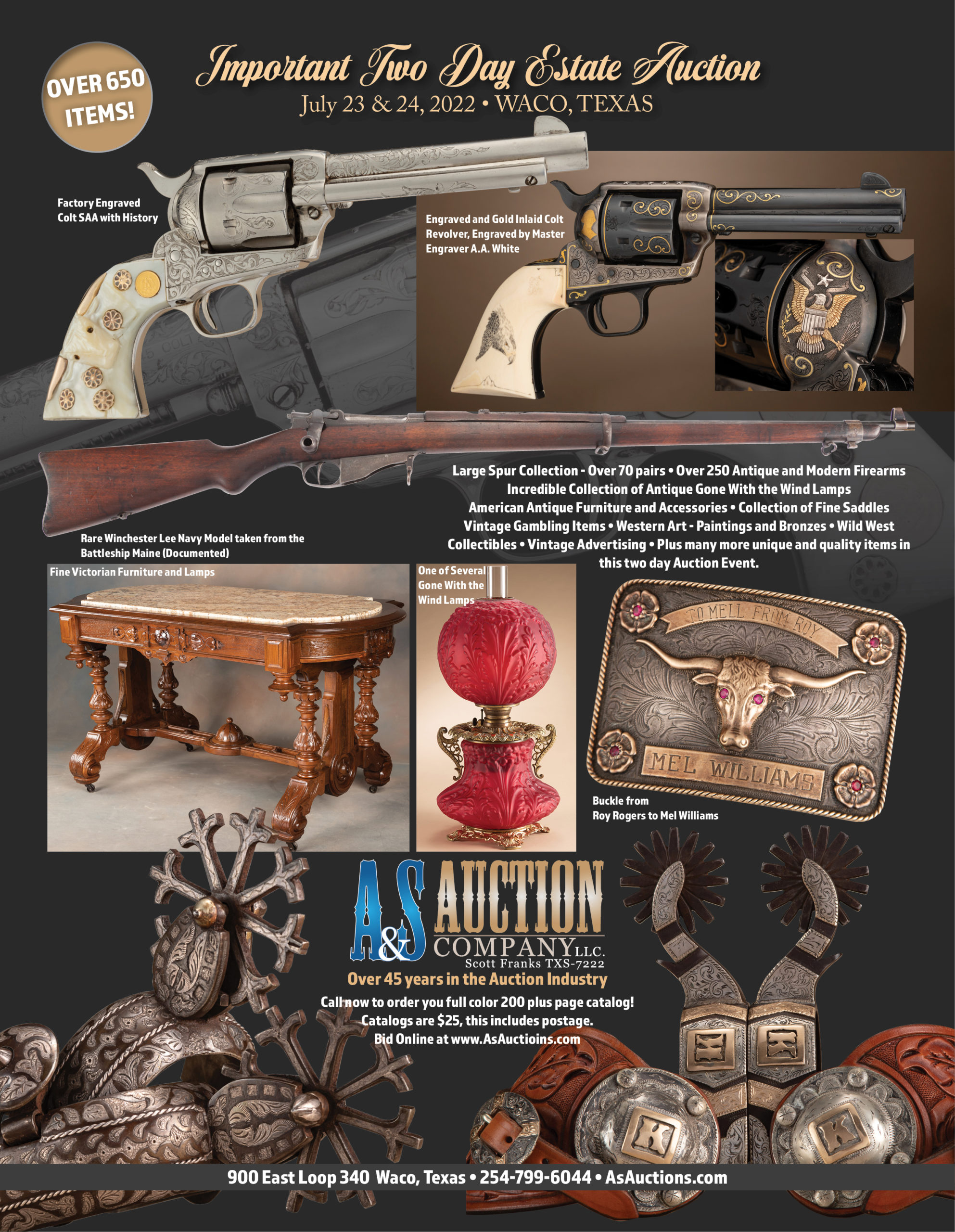 THE FOURTH SESSION OF THE BUDDY & PAULETTE KING COLLECTION

Buddy is an active member and strong supporter of the NBSSCA and has acquired over 300 pairs of Spurs in the last 10 years.  We have chosen approximately 70 pairs of Spurs for this 2-Day Auction, plus many of his Antique and Modern Firearms, his private 101 Collection and much more.

This Auction will also feature a Rare – One of a Kind – Documented – complete “LONE RANGER” outfit that includes the Colt Revolvers & Gun Belt once owned and used by Clayton Moore – “THE LONE RANGER”.

Also featured will be one of the finest Beaded Plains Indian War Shirts with human hair tassels, circa 1900, to surface      in years!

Make your plans now to attend.

Follow the link below to view the auction items and register to bid if you are unable to attend. 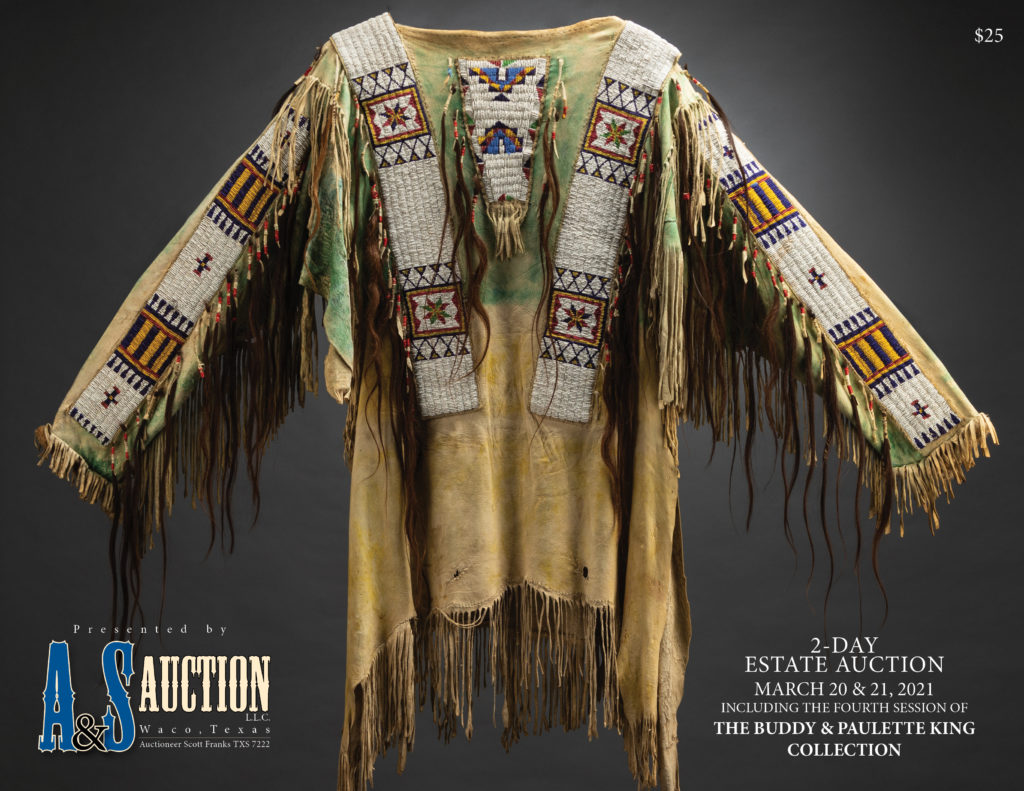